The Exploding Skeletons are back! 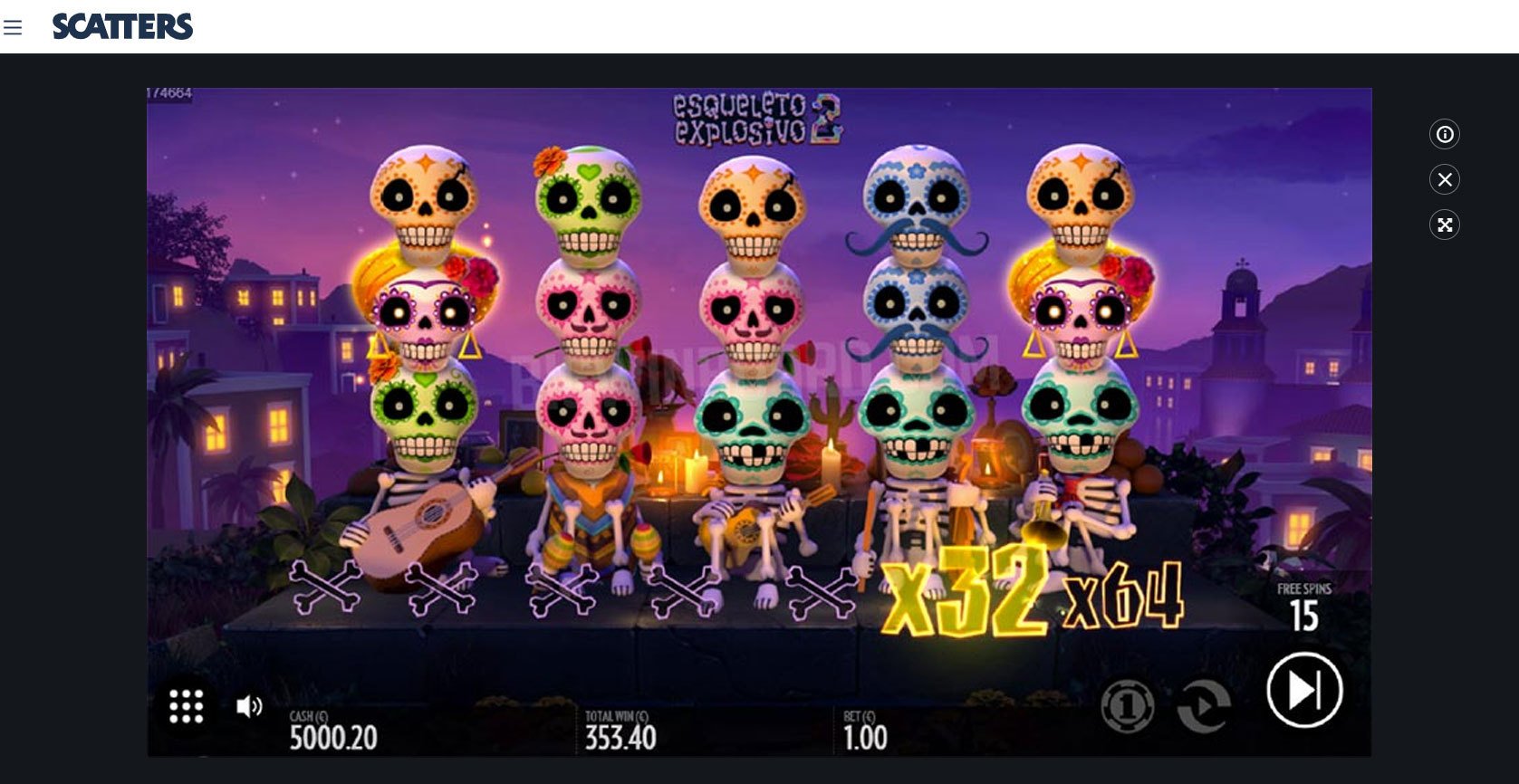 The adorable, exploding, singing skeletons are back! Five years ago, someone at Thunderkick had the brilliant idea to make a slot with singing skulls, and aptly named it Esqueleto Explosivo. It was a smashing success, and now the skulls are back for more!

Esqueleto Explosivo 2 is a online slot with five reels and 99 connecting pay ways. Connecting means just that, as long as the symbols connect between each reel, you're getting paid! The Mucho Multiplier feature makes sure that consequtive wins pay heavily. This is similar to Gonzo's Quest by Netent, where each win increases the multiplier. However, in this game the multiplier goes a lot higher. Starting at 1x, it doubles each win all the way to 32x! (64x in the free spins feature!)

Then there are of course the Free Spins feature. Scatters and Explosivo Wilds are what you are hoping for in the feature. Two or more scatters on the same spins gives you extra free spins and every third explosive Wild you collect you'll get one more spin as well as removing the lowest multiplier. If you are lucky enough to collect 18 wilds you're in for atleast one massive spin with 64x multiplier.

Ay Ay Ay! What are you waiting for? Even if you don't win, you're definitely going out with a bang, a "Guitarra" and a "la la la"!

Give Esqueleto Explosive a shot today!

You can play Esqueleto Explosivo 2 and more than 1,700+ Slot Games on Scatters Casino!

You should also check out our Jackpot Slots and find out more about Scatters Casino Rewards!