Sword of Khans Slot by Thunderkick 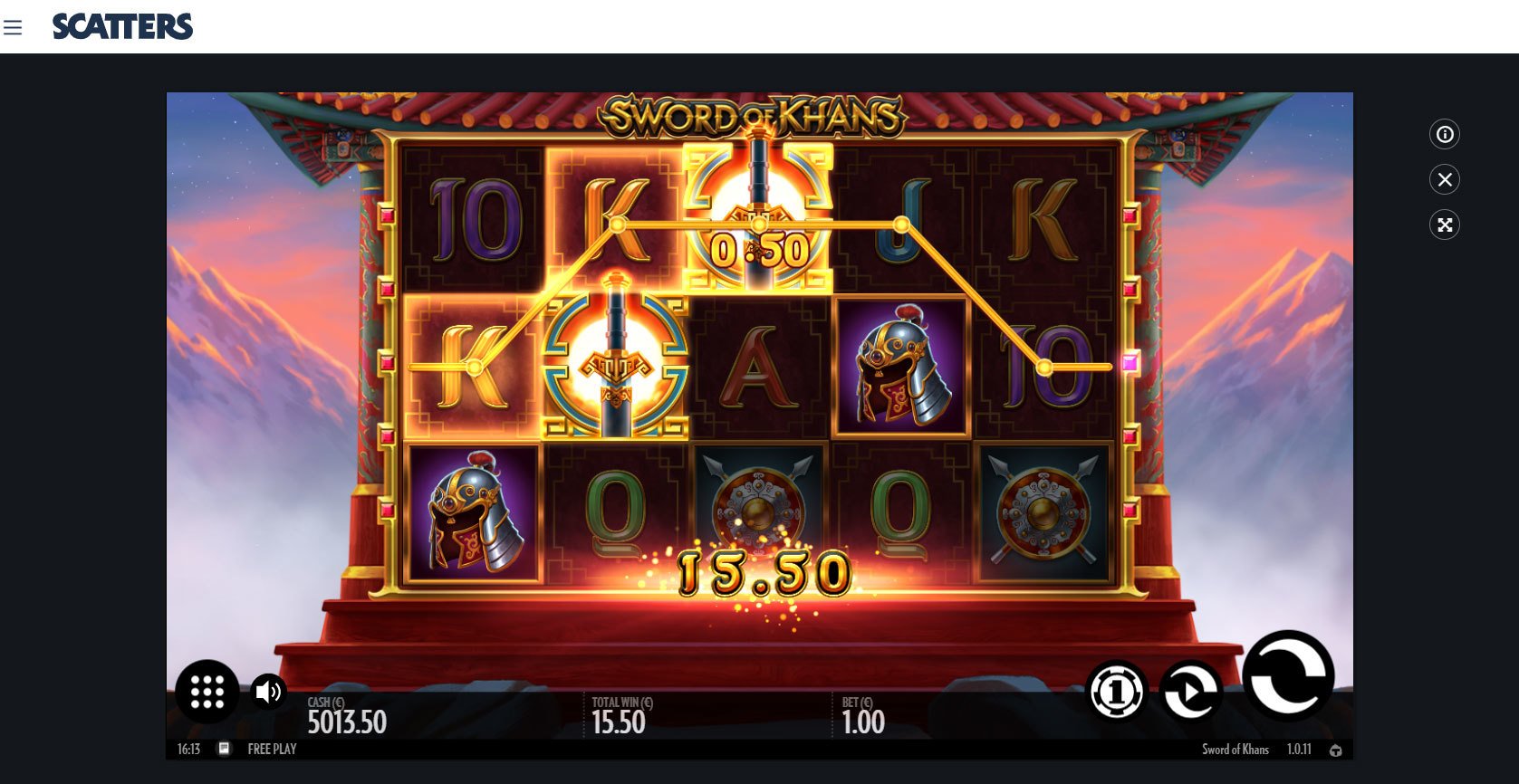 Under the Khans, the Mongol Empire grew to be one of the largest in the world, and some historians argue they brought down the Eastern Roman empire.

The Sword of Khans ruled that empire, and now, it will rule the Special Expanding Symbol!

Ten lines, Scatter symbol acting as Wild and a Free Spins feature with Special Expanding Symbols. Does anything of this seem familiar? If it doesn’t, you are in for a treat with great games such as Book of Dead and Ancient Egypt.

What makes this game different from the others? The main thing is when you retrigger free spins, which happens if you land two or more Sword. An additional symbol will be chosen as expanding. If the chosen symbol is already an expanding symbol, it will increase the multiplier on all future wins with that symbol. Pretty sweet if you ask us.

We do feel the need to point out one thing about this game, and that is the RTP which is set at 95.36%. Whilst this is not a very low RTP, it is lower than the standard of around 96%.

Good to know, but this shouldn’t stop you from trying the slot. We’re convinced you’ll enjoy it!

Slots are as always more fun with Scatters, and in Sword of Khans by Thunderkick, you will also find Wilds!

You can play Sword of Khans and more than 1,600+ Slot Games on Scatters Casino, including Jackpot Slots and Live Casino Games. And don’t forget to check out our amazing Casino Promotions and Rewards!